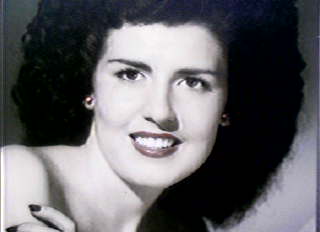 In November 2002, this purported photo of Elizabeth Short sold on EBay for about $100 to Lucky$Pierre, who left positive feedback on Nov. 13, 2002. It is not Elizabeth Short. 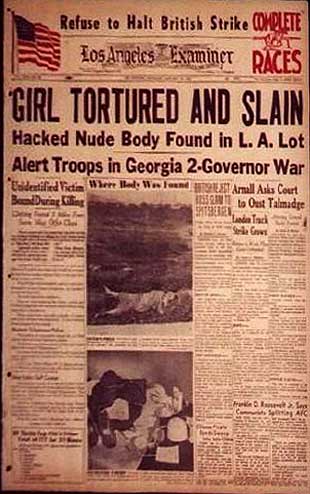 On June 30, 2003, Welkerlots' 20-page scrapbook on Elizabeth Short's time in Florida, including material on Capt. Matt Gordon, sold for $107.50 to lucky$pierre, bidding against greathorsehero (top bid $105). No bids from detective this time around. 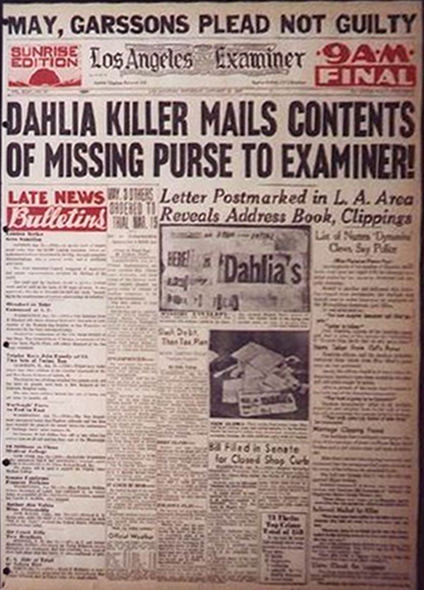 It should be noted that rather than signifying a "Special" edition, as stated in the ebay page, the S in the folio probably indicates "Sunrise Edition" as noted on the box next to the masthead.

On July 23, 2003, Welkerlots' "Hollywood" scrapbook/album sold on EBay for $88 in a private auction. The 20-page album deals with some aspects of the Black Dahlia case such as the purported sightings of Elizabeth Short during the week between her disappearance and the discovery of her body, plus some material on the disappearance of actress Jean Spangler.

Welkerlots' sale of Dahlia items continues on EBay, but only one item, a scrapbook dealing with various suspects, sells for more than $100. On Aug. 10, 2003, the album sold for $129.48 in a private auction in which bidders' identities were concealed. Other items of interest selling for less than $100 are the scrapbook on Elizabeth Short's time in Hollywood plus material on Jean Spangler (July 23, $88 in a private auction); a scrapbook on Medford, Mass., (Aug. 3, $51.11, sold to greathorsehero); and a transcript of an interview by John Gilmore with Jack Wilson (July 27, $26.98, sold to detective). The transcripts, part of the Gilmore collection, are also available from UCLA Special Collections for a copying charge.

While I usually don't bother with material selling for less than $100, one item deserves comment. A party on EBay frequently offers a copy of the 1975 TV movie "Who Is the Black Dahlia?" ($34.50 under "buy it now") claiming that it is "retold with amazing attention to historic details and authentic locations" and "this movie was pulled from circulation after only one or two broadcasts, due to the fact that the killer was still alive and kept taunting any station that dared run the movie."

Neither statement is true. In an interview several years before his death in 2002, screenwriter Robert Lenski told me that he had to change many details about the case because certain individuals were still alive and refused to sign releases, notably Elizabeth Short's mother and Robert M. "Red" Manley. There is no evidence whatsoever the film ever elicited calls from a purported killer. While the movie is somewhat hard to find, you can borrow a copy when you rent something at Eddie Brandt's Saturday Matinee, a wonderful store in North Hollywood that has just about anything you can ever imagine.

On Oct. 18, 2003, Welkerlots' notebook on Robert M. "Red" Manley, with a drawing by Ovid P. Adams from the documentary "Medford Girl" and miscellaneous material, sold for $77 in a private auction in which bidders' identities were not disclosed.

On Nov. 1, 2003, a Welkerlots notebook, including another sketch from "Medford Girl" plus some newspaper clippings and a Los Angeles Times photo of the body, were sold on ebay for $56.56 in a private auction in which bidders' identities were not disclosed.

On Nov. 10, 2003, an original drawing by Ovid P. Adams for the documentary "Medford Girl," portraying Elizabeth Short's arrival at her father's house in Vallejo, Calif., sold for $89 to an anonymous bidder using "Buy It Now." 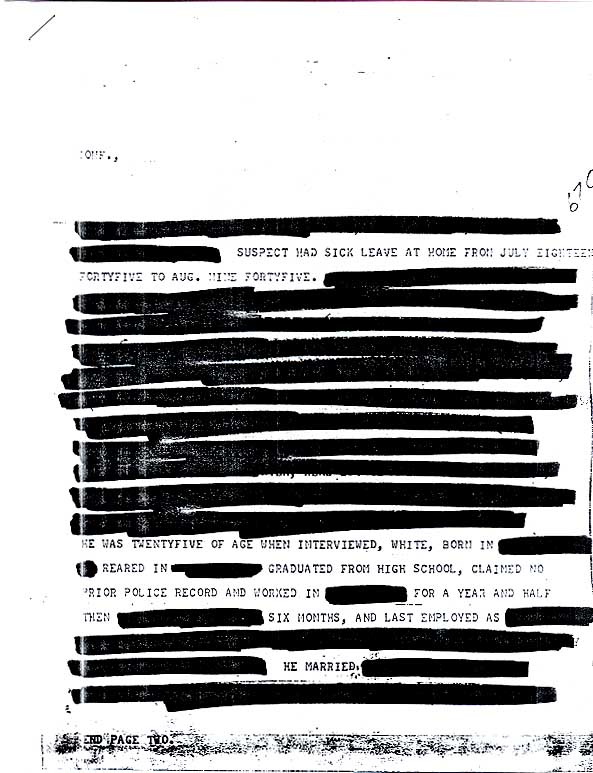 On Jan. 10, 2004, an October 1948 issue of True Detective magazine, with a not particularly accurate article about the Black Dahlia murder, sold for $51 to Lucky$pierre, bidding against vkoller ($50) and 40slanoir ($36.99). And in what must be the lowest price ever, a copy of my Page 1 story in the Los Angeles Times sold for $2.42 in a private auction.

Elizabeth Short's FBI file turns up occasionally on EBay, often with a starting bid of $30. While this example of the bureau's censhorship, at left, is extreme, it is by no means the exception. Since the murder was not under the FBI's jurisdiction, there is very little directly pertinent to the case. The 202 pages of material consist primarily of newspaper articles clipped from the Washington newspapers, detailed memos on identifying Elizabeth Short's fingerprints and some anonymous accounts of people who claimed to have known her. Anyone contemplating spending money on her file should be aware that all documents in the FBI's "electronic reading room" are available on CD for $15. Also note that the bureau erroneously lists her middle name as "Ann" when in fact she had no middle name.
Also note that while I can't vouch for this vendor's credibility, Elizabeth Short's FBI file is available on CD ROM from paperlessarchives.com for $10.